SEE ALL EVENTS
Home/News/Thierry Breton: Open Source will be a key element to achieve Europe’s resilience and digital sovereignty

Thierry Breton: Open Source will be a key element to achieve Europe’s resilience and digital sovereignty 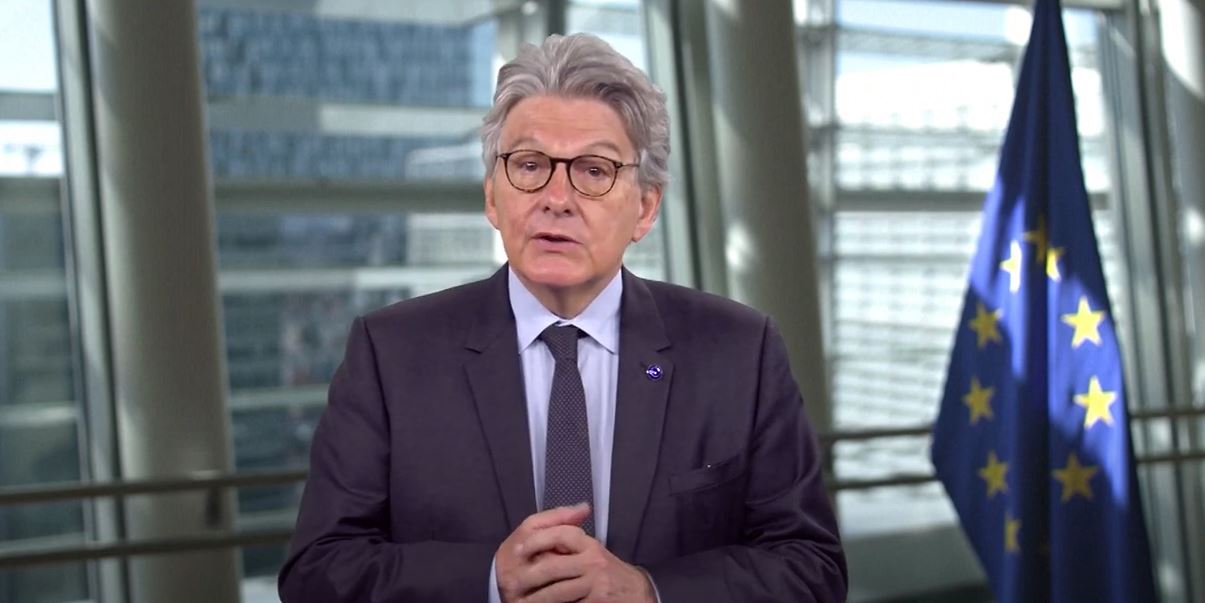 Open source gained increasing interest on the political level of digital policy discussions in recent months. Recently, the European Commission set up an Open Source Programme Office and expressed support for open source as a component to  deliver on Europe’s digital decade.

This story was originally published in the article for the Open Source Observatory (OSOR), a European Commission’s project aiming at providing trustworthy FOSS expertise and information. OFE is a regular contributor to the Observatory.

On 23 June, Thierry Breton, Commissioner for the Internal Market provided welcoming remarks at the Open Source Lisbon conference. In his speech, he highlighted the role of Open Source for a resilient, open, and innovative digital transformation.

The Commissioner started his welcoming remarks by stating that Open Source is a public good bringing visible benefits to everyday life and a variety of sectors, starting with leisure and health to manufacturing and transportation. Open source communities are crucial for building the necessary infrastructure for digital transformation, comparable to bridges used for reaching our destinations – enabling innovation, growth and skills.

“In the digital decade, Open Source will be a key element to achieve Europe’s resilience and digital sovereignty”
Thierry Breton
Commissioner for Internal Market

Later on, the Commissioner discussed the benefits of Open Source, mentioning  lowering barriers of entry for small companies, improving market competition and technology neutrality. According to Breton, the open source landscape is diverse and does not include software only, but also hardware, electronics, 3D printing and other areas. He finished his speech with words of appreciation for open source communities, contributing to technological developments and digital skills.

This is not the first time Commissioner Breton endorsed open source as a path toward  a digital future – previously, in a keynote at the Open Source Policy Summit 2021 he pinpointed the professionalisation of open source and that it has moved from a niche activity to a cornerstone of digital infrastructure.

During the same conference, Thomas Gageik, Director Digital Business Solutions at European Commission’s Directorate General for Informatics announced the intention to have new rules regarding Open Source in place, just a couple months after setting up the Open Source Programme Office at the Commission.

The video of the Commissioner’s speech is available here. More recordings from the Open Source Lisbon conference can be found here.