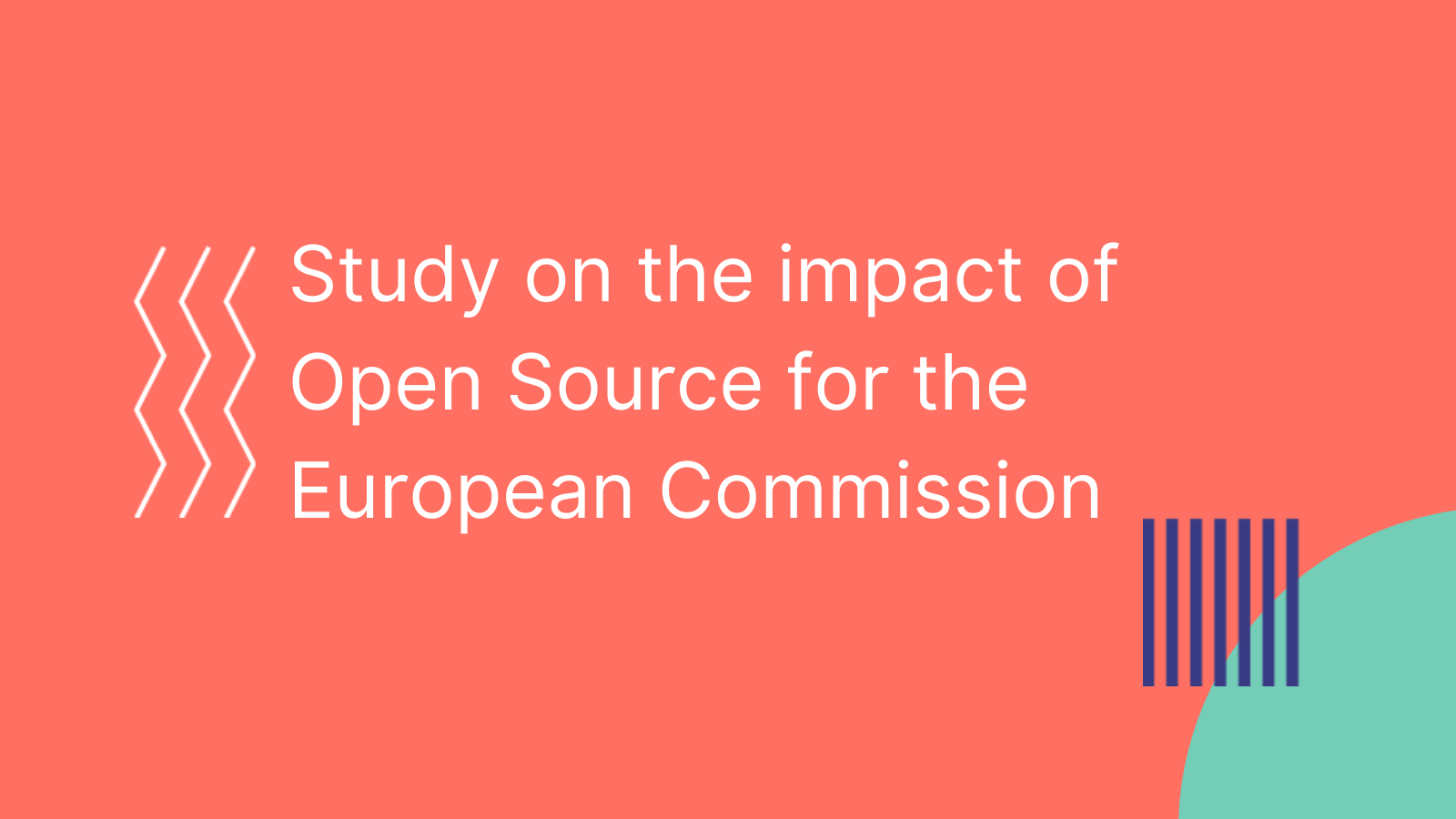 OpenForum Europe and Fraunhofer ISI conducted a study on the impact of Open Source Software and Hardware on technological independence, competitiveness and innovation in Europe for the European Commission. The project aimed to provide solid evidence for shaping European Open Source policies for the years to come is now over, thank you to all contributors who supported our research.


The European Commission published our study on the impact of open source software (OSS) and open source hardware (OSH) on the European economy, conducted by Fraunhofer ISI and OpenForum Europe on 6 September 2021. Full report is available here. The study estimates that open source software contributes between €65 to €95 billion to the European Union’s GDP and promises significant growth opportunities for the region’s digital economy. To achieve that, the EU should actively engage in a transition towards more openness in its political and investment culture.

Sachiko Muto, the CEO of OpenForum Europe: “Open source offers a greenfield advantage for policymakers and Europe has the chance to lead.”

The report recommends the EU to pursue a dedicated open source industrial policy and to include it in its major policy frameworks, such as the European Green Deal and the AI Act. It also recommends setting up a European network of governmental units dedicated to accelerating the use of open technologies, providing substantial funding to open source support mechanisms and projects, e.g. through the flagship Horizon Europe program with a total budget of €95.5 billion for 2021-2027, and following the direction of open innovation in the bloc’s quest for digital autonomy.

To put the results into context, the economic value of open source software in the EU is equivalent to both air and water transport combined. EU governments and companies have already noticed the potential of Open by investing over €1 billion in open source development in 2018 alone. The data predicts that if open source contributions increased by 10% in the EU, they would generate an additional 0.4% to 0.6% (around €100 billion) to the bloc’s GDP. To reap these benefits, the researchers point to a need for a profound culture switch and significant investments in open technologies. Several Member State governments and EU institutions have already taken their first steps in this direction, and now the study equips policymakers with necessary evidence to scale up their efforts for the benefit of the EU economy and citizens.

Create and fund a network of up to 20 Open Source Project Offices to support and accelerate the consumption, creation, and application of open technologies.

Integrate OSS and its communities into European research and innovation policies, as well as into European industrial strategy; engage with OSSH foundations that may offer a suitable approach for funding and support.

Expand the Open Source Observatory - a place where the OSS community comes together to learn about events, find relevant open source software solutions, and read about the use of free and open source in public administrations across and beyond Europe; and integrate Open Source in the data collection activities of Eurostat

. Increase R&D funding related to OSS and OSH projects through existing programs like Horizon Europe, and new initiatives aimed at SMEs startups, and individual developers; and offer research awards and prizes for OSS and OSH communities, students, and professors.

Support the development and maintenance of OSSH platforms and depositories; and provide strong incentives for uploading code generated in publicly funded R&D projects.

. Provide entrepreneurial skills on OSS and OSH based start-ups with financial support from OSSH foundations.

Treat OSSH contributions from individuals and corporations as charitable donations for tax purposes; and launch financial instruments like focused VC funds to help OSSH startups to team up with established companies.

Promote OSS as a major channel of knowledge and technology transfer; improve the inclusion of OSS in public procurements; consider Open Source in future revisions of European copyright and patent legislation; and fund security audits of critical OSS projects.


And in other languages: