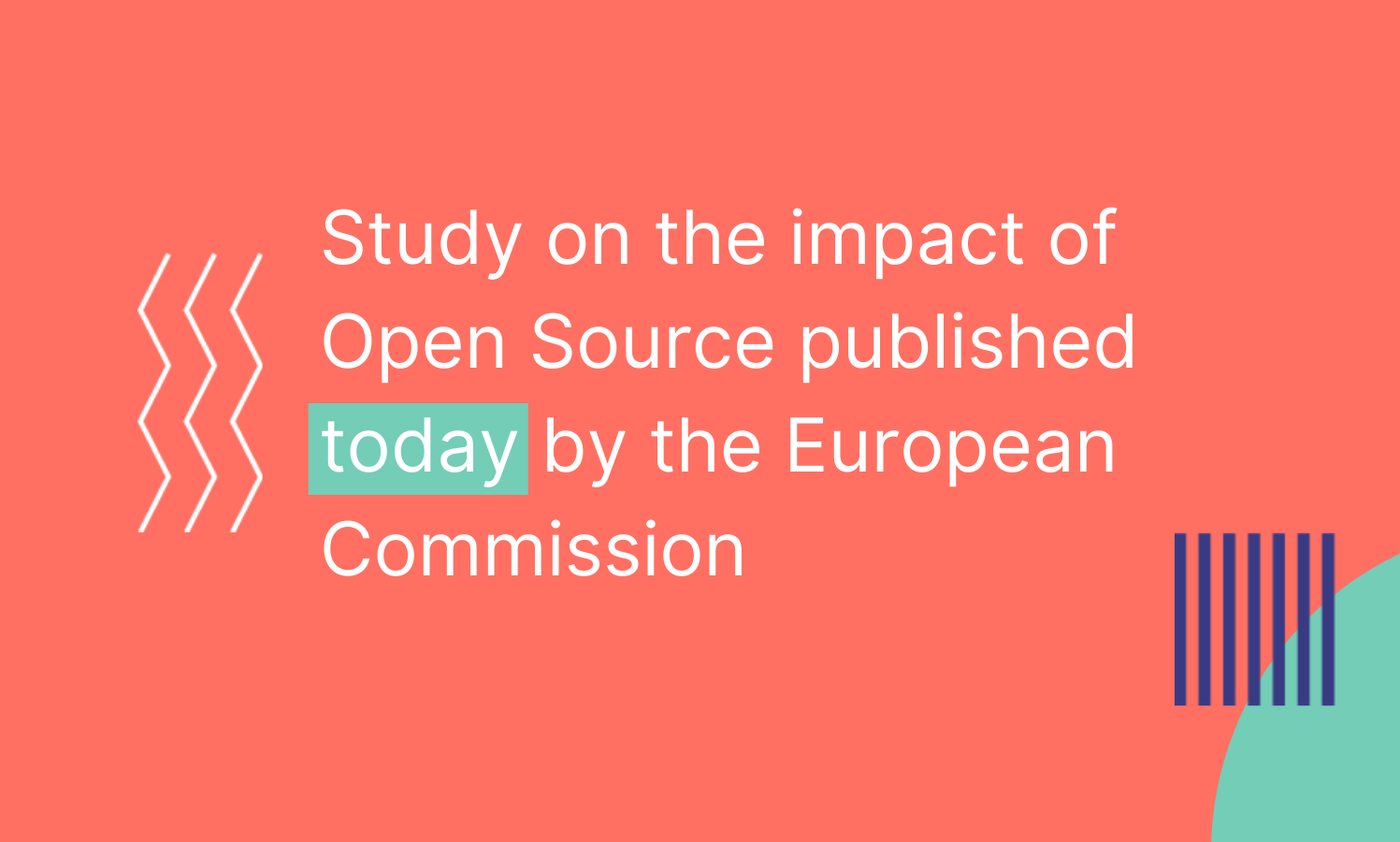 The European Commission’s landmark study on the impact of Open Source Software and Hardware finds that investments in open source software can be a major boost to the EU’s post-recovery economy, digital transformation and digital autonomy.

When the last economic study on Open Source in Europe was conducted in 2006, the Open Source revolution had not yet taken over the world. Today, Open Source Software (OSS) is ubiquitous across societal verticals and Open Source Hardware (OSH) holds the potential to trigger the next revolution. Yet policymakers haven’t had the data they needed to inform policy efforts aimed at maximising value for citizens and companies. Our study published today provides much-needed insight into ‘why’ and ‘how’ Europe should strive for growth, competitiveness and digital autonomy through openness.

The economic analysis shows that the open source sector is mature to the point of being considered for a tailored industrial policy, as well as inclusion in the EU’s  major policy frameworks, such as the European Green Deal and the AI Act. We also recommend setting up a European network of governmental units dedicated to accelerating the use of open technologies (Open Source Program Offices, OSPOs), providing substantial funding to open source support mechanisms and projects, e.g. through the flagship Horizon Europe program with a total budget of €95.5 billion for 2021-2027, and following the direction of open innovation in the bloc’s quest for digital sovereignty.

Open source offers a greenfield advantage for policymakers and Europe has the chance to lead.
Sachiko Muto
CEO, OpenForum Europe

To put the results into context, the economic value of open source software in the EU is equivalent to air and water transport combined. EU governments and companies have already started to notice the potential of Open by investing over €1 billion in open source development in 2018 alone. The findings of the study  predicts, however, that if open source contributions increased by 10% in the EU, the region would see its GDP increase by €100 billion, more than doubling the value of OSS for the EU. However, according to the research, to reap these benefits, there is a need for culture switch and significant investments in open technologies. An analysis of public policies and case studies in a number of countries identify specific issues to be addressed.

This long-awaited study, conducted throughout 2020, engaged over 100 global and European researchers and policymakers, and 1000+ organisations, companies and individuals in various capacities. We thank all collaborators for their invaluable input and hope that this report will equip policymakers and researchers with knowledge needed to make our digital future more innovative, sustainable, and open.

Managing Partner and Head of Tech and IP Moorcrofts LLP