Cloud Computing – how to keep your data open and portable?

The rapid advance and acceptability of Cloud Computing means that the hype is over and the reality has begun. It is likely that every aspect of the Digital Agenda will be affected, and new legislation may well be required. But there are important questions to answer:

Have we recognised the impact Cloud Computing will have on every facet of ICT? What impact will it have on existing government programmes in areas such as eGovernment and interoperability now being considered across the European Union? How will Government and the Public Sector react to the overwhelming opportunity for improved citizen access? How will it affect public procurement of ICT? And how will we preserve the Openness that European programmes are based on?

Openness within the Cloud cannot rely just on Open Standards, although this is a vital first step. The consideration of how data can be protected, secured and privacy be maintained is fundamental, but so is the need to maximise interoperability and portability of data between cloud providers.

Just how do we balance the opportunity from Openness with the need for privacy, without resorting back to the dark days of lock-in to single supplier solutions?

At this OFE Round Table we welcome two of the most respected and influential speakers worldwide to lead the debate.

Brian Fitzpatrick is head of Google’s ‘Data Liberation Front’ where put simply his role is to make it easier to export user data from Google’s servers onto a storage format of their choice. He’s also in charge of Google Affiliate Networks, an acquisition from the takeover of DoubleClick.

The Round Table is by invitation and will be chaired by Graham Taylor, CEO,OpenForum Europe and the rapporteur will be Flavia Marzano.

The Round Table is being held in Brussels on 24th May from 1800 to 2030hrs. Refreshments and a light buffet will be provided. 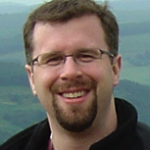 Brian Fitzpatrick’s Is head of its Googles ‘Data Liberation Front’  as such his role is to make it easier to export your files from Google’s servers.

For years, the aim of pretty much every technology company has been to make a product that people can’t give up using, and in case something better comes along from a rival, make sure that they can’t get their stuff – whether it be data, software or hardware – to work easily with the newcomer’s platform. On this rested the success of the compact cassette v the 8-track, VHS v Betamax, Iomega’s Zip v other backup systems, and most recently Blu-ray v HD DVD.

Amidst which, Brian Fitzpatrick’s role at Google sounds, at the very least, contrary. He runs its self-styled “Data Liberation Front” in the Chicago offices, and his aim is to make it easier – one button is the ideal – to export your data from Google’s servers onto a storage format of your choice – whether that’s your own web server, your computer, or the comfort of your backup drive that you keep locked away in a fireproof cupboard after using it every night.

Fitzpatrick studied Latin and Greek (“and ceramics”) at university, then went to work for OnShore, a small networking company based in Chicago. There he got interested in fixing a problem with an open source database driver, and was then encouraged to submit the change to its authors. Which led to working on Subversion, a version control system widely used by teams of programmers who need to co-ordinate different versions of programs. He then went toApple, where he worked on the consulting team that would go with every sale of its fabulously expensive WebObjects package, and then back to Subversion. (He wrote the book on it.) When Google bought the company he was working at, he was reluctant to join: he’d set down roots in Chicago. But the company was happy to let him set up an engineering department in the city (it already had a sales centre). He’s also in charge of Google Affiliate Networks, an acquisition from the takeover of DoubleClick.

Professor Guido Scorza is a lawyer and research fellow in the legal aspects of new technology. He is a visiting lecturer at the University of Bologna and the University of Rome. His research interests are the legal safeguarding of software, intellectual property laws in the information society, contracts related to information technology and the rights of competitors and consumers on the internet. He writes for L’espresso, Wired.it, Punto Informatico, PC Magazine, Win Magazine, Office Magazine, Computer Business Review, Internet Magazine e Quale computer, il Corriere Giuridico.He founded the Institute for the Policies of Innovation of which he is still president and is the author of several subject-related publications. He also writes a blog 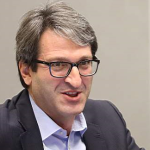 Marco Pierani  is Chief of Public Affairs Office at Altroconsumo, the Italian consumers’ organization and Responsible for Lombardy Region. He joined Altroconsumo in 2002, after working as a lawyer mainly on Internet law, e-commerce, and telecommunication. Marco holds an LL.M. Degree in European Business Law. He specialises now in Telecommunication, Internet and Intellectual Property related issues. 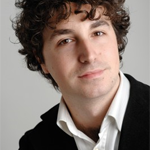 Dimitri Tartari is a public policy consultant, expert in the field of the information society. He works for Emilia-Romagna Region at he ICT Department in staff to the General Director. He is member of the working group that is managing the implementation of the Regional Program on Information Society for the Emilia-Romagna 2011-2013 (the Program involves all the public authorities of the region – 348 municipalities, 9 provinces and the Region). He is responsible for the surveys on usage of free, libre, open source software by regional PAs and companies. He is member of the working team involved in OSEPA (Open Source Software Usage by European Public Administrations) an INTERREG IV C project that has the aim of measure and support the use of FLOSS in the public sector. He works on the definition of the new three years project on open source software in the Emilia-Romagna region. As part of the coordination staff of the regional Program, he has a clear vision on the key elements of the regional strategy such as Cloud Computing, Green ICT and ICT for Green, Open Data, Smart cities and services. Last but not least he has administrative experience maturated as administrator of an Italian municipality of medium dimension.