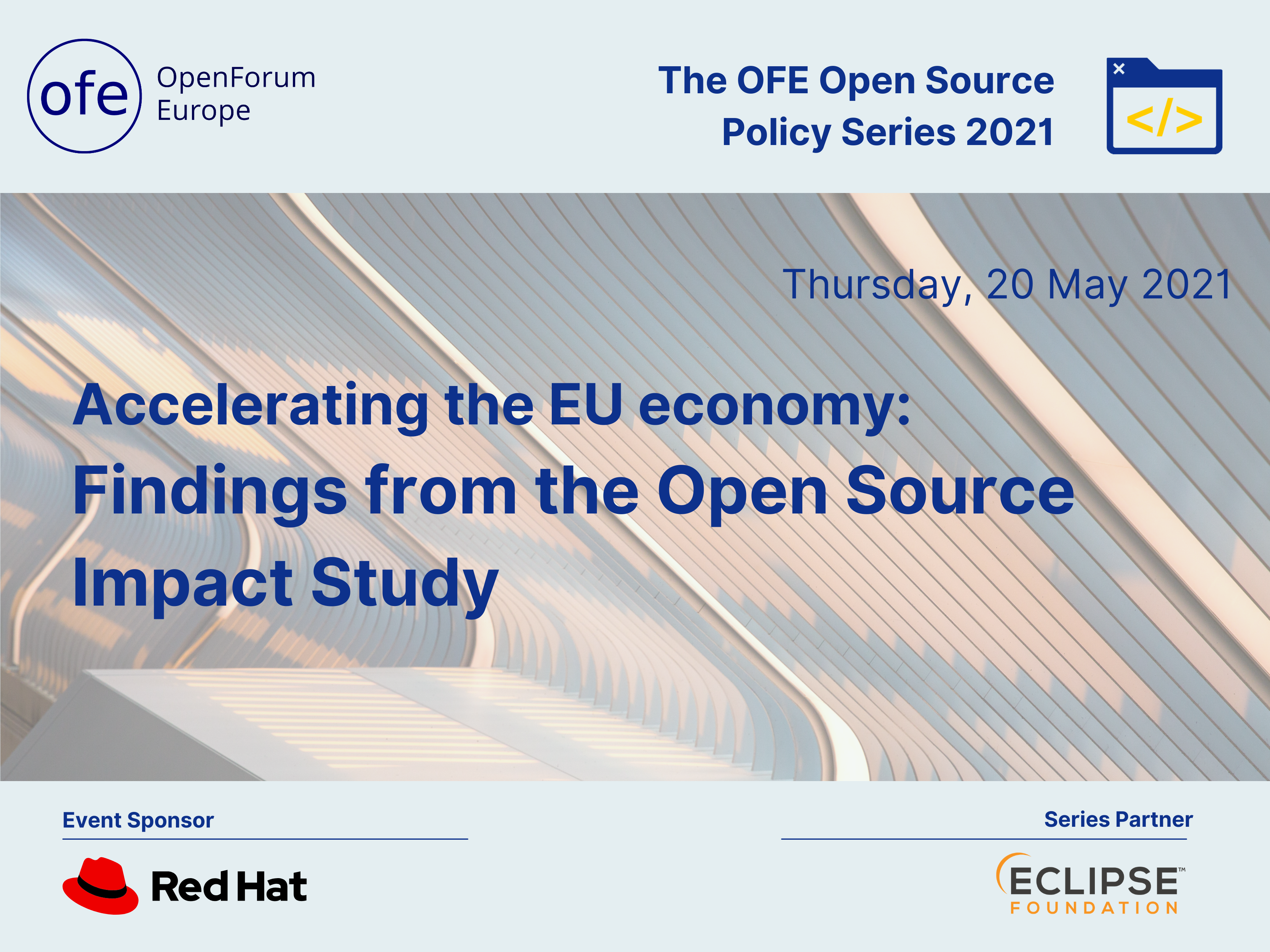 OFE and Fraunhofer ISI have produced an ambitious study for the European Commission on the impact of Open Source Software and Hardware on technological independence, competitiveness and innovation in the EU. It is meant to be the reference study guiding open source-relevant policy for the coming years, but is relevant for jurisdictions globally. Open Source is not only a good path of digital transition for businesses and governments thanks to its reusability, transparency and innovation potential, but also based on its share in Europe’s GDP and economic activity.

Our research indicates that the economic impact of Open Source on the European economy was between EUR 65 and EUR 95 billion in 2018 and in the same year, EU countries and companies made significant investments into Open Source surpassing EUR 1 billion. The products of these investments are available for reuse to private and public sector and highly advance development and innovation.

Historical data shows clearly that Open Source has contributed immensely to economic growth in Europe, but if supported with relevant policies and actions, it could boost EU’s economic landscape even more. For example, if Open Source code contributions increased by 10% annually, European Union’s GDP would generate additional EUR 70 billion and could boost the number of ICT start-ups by 1,000.

Our panellists will discuss these results and policies that could support European economy and openness in digital for a more innovative and competitive ICT landscape. We will announce additional speakers soon.