The OSPO – A New Tool for Digital Government 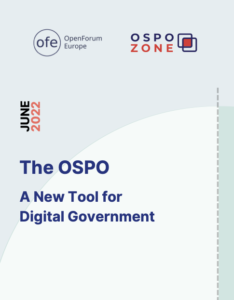 This paper presents the state of play, rationale and context of the emergence of Open Source Program Offices in the public sector observed in the last couple of years. It is published jointly by OpenForum Europe and the OSPO Alliance that hosts OSPO.Zone, an open experience-sharing platform to facilitate discovery of tools and best practices in Open Source software management.

An OSPO is an institutional organisational construct supports and accelerates the consumption, creation, and application of Open Source software. There are an increasing number examples of OSPOs in Governments, but they are already established as best practice in the private sector. Overall, OSPOs boost awareness and technical competence on Open Source within the organisation they are built in, working strategically to achieve the policy objectives of the institution that intersect with Open Source.

After providing a thorough overview of the uptake of Open Source in the public sector domain, the paper focuses on the role played by OSPOs in enhancing openness, transparency and cooperation within and between public organisations. As such, they can help deliver value for citizens around the world at scale.

Additionally, it presents three case studies outlining best practices developed and the challenges experienced in building an OSPO by public officials at the European Commission as well as at national and local level in France.

Finally, it addresses the ways in which a network of OSPOs can benefit the public sector at large, helping reduce organisational, legal, technical and communication barriers across multiple organisations and stakeholders. If created with a mandate to exchange and collaborate with the external Open Source ecosystem other than the internal organisational landscape, OSPOs would then act as interfaces to support and manage the flows of information, ideas, software contributions, relationships and procurement between the organisation as a whole and external stakeholders the likes of OSS communities, private companies and other public organisations. 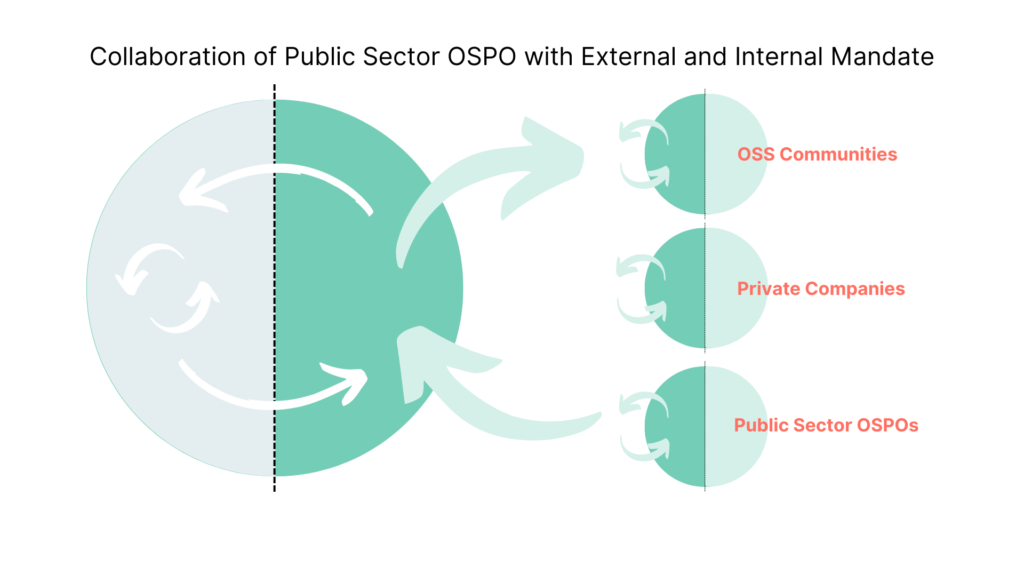 This work is the result of an intense and fruitful exchange with multiple stakeholders. In April, OFE hosted a workshop on the concept of OSPO in the public sector, where representatives of governments, academia and private sector gathered to share valuable inputs and best practices surrounding the establishment and management of OSPOs.

The authors would like to thank the expert group that supported the writing of this paper: