The question if Open Source Software can be combined with a FRAND (fair, reasonable, and non-discriminatory) regime is often at the centre of the debate. Possibly, this question though is not the deciding one, as such a legal compatibility would require that Open Source developers would collaborate under such a regime.

OpenForum Europe is very excited to publish the Opinion Paper by OFA Fellow and President of the Open Source Initiative, Simon Phipps. In this paper Simon posits that the core issue of Open Source Software and FRAND is not a legal one, but that Open Source developers will not collaborate under a FRAND regime. 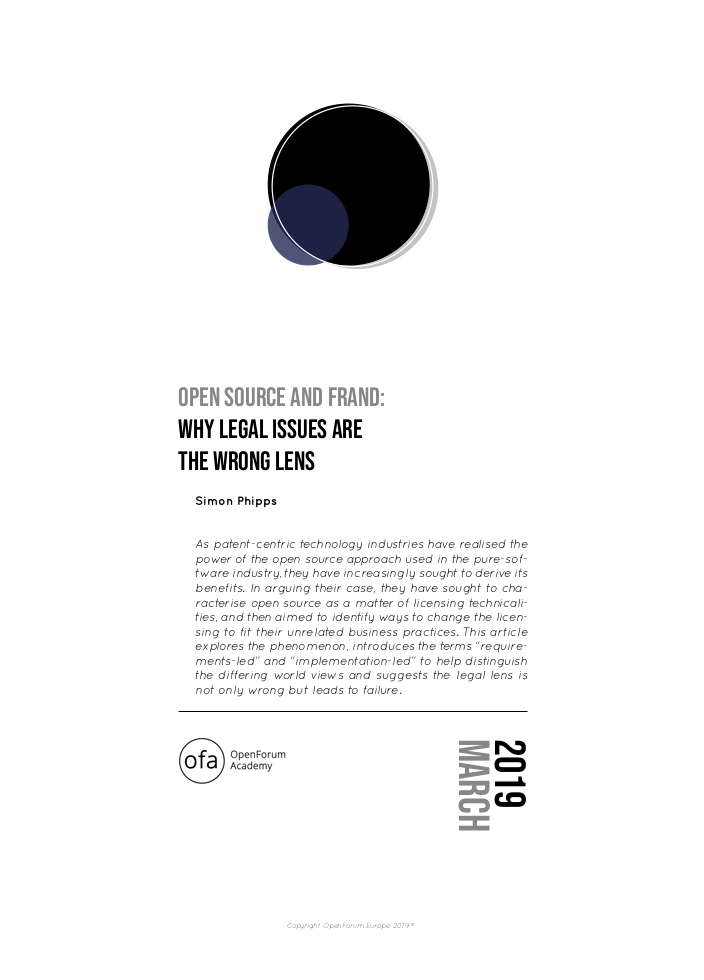