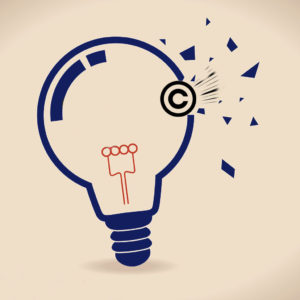 On June 20, the JURI committee of the European Parliament adopted Axel Voss’ (EPP, DE) report on Copyright in the Digital Single Market. The Council has already agreed on a Negotiating Position on the same legislative proposal. Before the two co-legislators enter into closed negotiations, one more opportunity remains for us to take a strong public stance in order to make the European policymakers rethink and revise the proposal.

OFE has followed the Digital Single Market package with great enthusiasm since it was presented by the European Commission. The Copyright file however has been of great concern from the start. Instead of opening up new digital opportunities in Europe, the Commission proposes a requirement for websites hosting large amounts of user-generated content (everything from eCommerce platforms to code-sharing repositories) to apply mandatory and expensive content filters, so that every single user upload could be scanned for copyright infringements, and suspect content blocked by an algorithm.

This threatens not only free expression and openness, but also some of today’s  key tools for Open Source Software development. OFE’s mission is to work for openness in the digital realm, and so we see this proposal as simply missing the mark. The likely unintended consequences of this proposed legislation would be vast and wide-ranging — not just for digital openness and for Open Source software, but for innovation in Europe at large.

Mr. Voss has gone some way to accommodate concerns. We see this as acknowledgement of the many unintended consequences, and we welcome to growing attention given to Open Source Software. But as for almost all broader negative consequences for society coming as a result of the proposals, the solutions offered have been in the form of limited exemptions and carve-outs. This frankly is bad law-making, and will not solve the underlying problems of the directive, or for that matter Open Source Software Development.

During the next plenary vote in Strasbourg in July, the European Parliament will vote on whether Mr. Voss can enter into negotiations with the Council with his current text. Growing opposition to Article 13 from human rights experts, industry pioneers, content creators, media, and internet users has raised this issue onto the agendas of MEPs.

Together with the European Open Source Software community, OFE urges all MEPs to vote to open the mandate and reject negotiations with the Copyright proposal in its current form, i.e., so long as it continues to include the proposed new mandatory content filtering and blocking requirement aimed at websites hosting large amounts of user-generated content, as described above.

Europe needs a Copyright framework that’s fit for the 21st century in order to complete our digital transformation. It needs to be open, technologically neutral and future-proof.

We all — users, citizens, software developers and everybody using the open internet — now need to speak out, loudly and clearly, against measures which would restrict our current open internet.