Council and Parliament are on track to adopt the recast of the PSI Directive, which aims to widen the usage of public authorities’ data.

Earlier this year, the Commission introduced the Digital Europe programme, with one goal being to provide the framework and funding to expand digital capacities in the public interest to build upon what was achieved in eGovernment to build a truly digital government.

Digital transformation is high on the agenda and with governments under pressure to show tangible benefits to citizens, there is drive in the public sector to become leaders.

Last year, OpenForum Europe (OFE) welcomed the Declaration with an event, examining what it means in practice. A year on, OFE will take the opportunity of the first anniversary to discuss and assess the state of digital transformation in the public sector, identify roadblocks and catalysts to discover how the ecosystem can work together to accelerate the transformation.

We are delighted to welcome representatives from the current EU Presidency, the European Commission and member state operational staff: 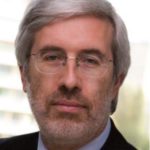 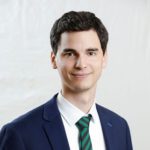 Gregor Schmied, Digitalisation & E-Government at the Austrian Ministry for Digital and Economic Affairs and Austrian Permanent Representation will provide an EU Presidency perspective on how the Presidency plans to realise the Declaration, as well as core outcomes of the recent eGvt summit (26 September). 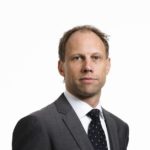 Daniel Melin, Senior Procurement officer with the Swedish National Procurement Services will provide information on how the Tallinn declaration has been realised on a member state level.

OFE’s Open Governments Chair, James Lovegrove (Red Hat), will facilitate a discussion between our panelists which will touch upon some of the following questions:

A light lunch will be served at 12h00 and the presentations will start at 12h30.

The discussion following the introductory presentations will be moderated and will be held under the Chatham House Rule.